Testing The Utility Of Drone-Based Mapping For Community Planning

Last year, Pulse Lab Jakarta and the Swandiri Institute worked together to test the utility of data captured by Unmanned Aerial Vehicles (UAVs), or drones, in monitoring and maintaining the health of crops in five communities in West Kalimantan. The project also unveiled other applications for using spatial data from drones for community development.

Pests and disease often limit agricultural output and have significant impact on farmers’ incomes. Both vary based on the crops being cultivated and on weather patterns, but the response from farmers is often uniform and costly, such as through the blanket application of pesticide. Agriculture would benefit from more targeted approaches to fighting pests and crop disease.

The Swandiri Institute and Pulse Lab Jakarta worked with farmers to monitor the health of their crops as well as increase yields through the use of drones. The ability of UAVs to hover low over fields of crops with sensoring devices promises benefits for individual farmers and their communities. As part of the project, drones were equipped with a modified infrared camera and software that calculated the Normalised Difference Vegetation Index (NDVI) to analyze photosynthetic levels in crops, a proxy indicator of crop health.

For governments and development agencies, remote sensing data (captured by drones) can provide more accurate, up-to-date information on what is being grown where. For individual farmers, this kind of information could be the difference between a failed crop and a bumper harvest.

The project confirmed the potential of the model both in terms of usability and cost. For example, the Agricultural Office of the North Kayong District is adding drone mapping to its budget for next year and the Agriculture Faculty of Tanjungpura University is developing a “drone-pangan” (drones for agriculture and food) programme. In addition, Gemawan, a local NGO, which has been lobbying on behalf of cooperatives of farmers, is replicating the approach under its food sovereignty programme.

Drones for spatial analysis and planning

The project also uncovered interest in using drone mapping for other aspects of community development. To access funds for development under the Village Law, villages are mandated to implement a clear village boundary legalized through Bupati Decree.

Alongside the use of drones for agriculture, Pulse Lab Jakarta produced community maps which included data on infrastructure, community borders and resource-use concessions. The maps were produced at a fraction of the current cost of mapping, which stands at IDR 200 million (roughly US$15,000) per map, per local government unit (SKPD). The price of mapping using drones varies depending on the size of the community, but in each instance it proved to be less costly than the existing approach.

To date, two local governments are adopting the drone-supported mapping approach, but demand is rising fast due to the incentives created by provisions within the Village Law. The Swandiri Institute, along with networks of drone enthusiasts, are offering training to local governments in drone mapping and Pulse Lab Jakarta is encouraging community development programmes to embrace the approach. 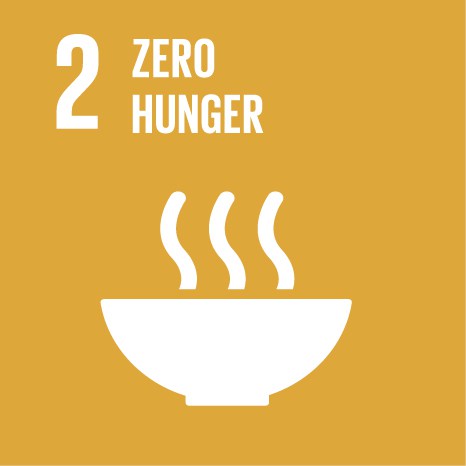