Reconnecting the State with its Citizens: From Talk to Action

Bandung City Government invited Pulse Lab Jakarta to collaborate in hosting the Bandung Innovation Jam. Below, we share some impressions of the event and thoughts on the future of public sector innovation in local government.

“In my 20 years working as a civil servant, I have never experienced an innovation process like this,” said Ibu Iis, a Bandung Social Security Office employee. “To fix problems that we have been facing for ages, we need to shift away from a top-down approach and embrace a more ground-up approach, and this workshop is a step forward in doing that,” she adds.

Ibu Iis is one of twelve civil servants who participated in the Bandung Innovation Jam, a human-centered design workshop where participants go to urban communities to test and develop ideas to improve public services.

From public administration to public service

However, that is not the case and through our work with government officials, we have encountered many civil servants who are smart, passionate, caring, and who genuinely want to improve how services work. Many struggle with what they perceive as structural impediments and resource constraints to improving services.

Our experience during the Bandung Innovation Jam confirms the value of working with citizens to think about problems differently, generate ideas for change, and test concepts for public service reform.

The ideas that were tested and iterated during the innovation jam came from iuran.id, an idea crowdsourcing platform developed by the Bandung City Government. Sixteen ideas were shortlisted, and the participants created prototypes and tested them with service users.

During the workshop, we encouraged the participants, comprising civil servants, creatives, students, engineers, and social entrepreneurs, to validate their assumptions by talking to Bandung residents. They used the prototypes they created as a way to understand the behavior of people when experiencing services. 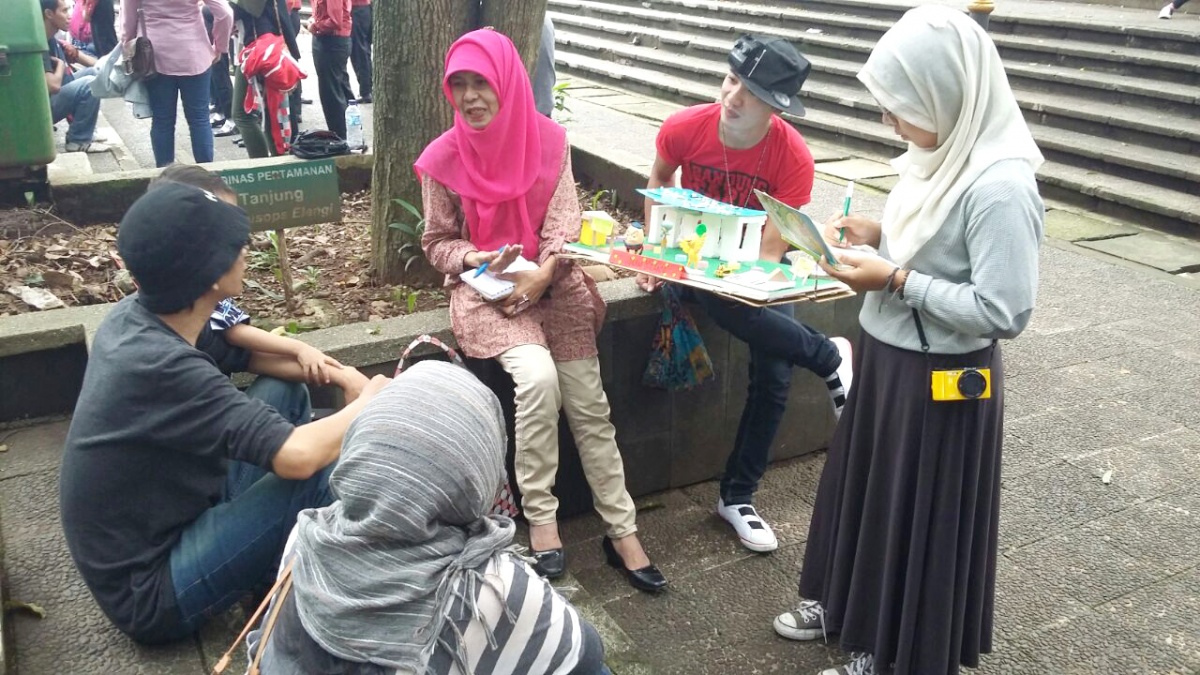 Another team tested the idea of a Bandung Information Centre which was originally conceived as a physical space for tourists to get information. But based on feedback from users, beyond knowing where to go, the team discovered that tourists usually look for advice on experiences that fit their interest.  The team shifted to a network model for the service, namely connecting volunteer residents with tourists with similar interests. By focussing on real needs, the team created a new model for service delivery.

In testing their ideas, the participants were trained to focus on the usefulness and the user experience rather than the novelty of the concept. They learned to reframe their solutions to address the root cause of the problem, rather than relying on their own assumptions. In other words, the participants learned to connect public services with what citizens really need.

Vision for a city

“I will share my experience with my supervisor and I really hope that we do more human-centered approaches,” said Ibu Iis to close her sharing session.

It was inspiring to experience the forward-looking and constructive approach of Bandung City Government officials, not only in terms of their strategic vision for a more human, livable city, but also for their openness to new approaches and to collaboration with diverse actors.

This reflects a broader paradigm shift in local governance in Indonesia: increasingly government units and officials engage proactively with citizens and source new solutions to issues of public concern. What is becoming important now is how government units can sustain this citizen-centred approach, and spread the new models of public service delivery to other areas.

This workshop was a start; it helped the Bandung City Government to capitalise on its most valuable assets: the creative energy, the goodwill, and the trust of its citizenry. The City Government selected three of the prototypes for adoption and Pulse Lab Jakarta will mentor the teams as they continue to refine the ideas. Some of the Dinas (Local Government Offices) representatives also expressed interest in organizing similar workshops for their teams.

Pulse Lab Jakarta is grateful for the generous support from the Department of Foreign Affairs and Trade of the Government of Australia.